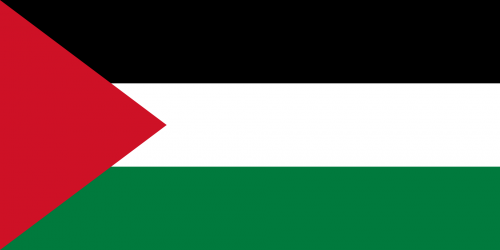 The State of Palestine (Arabic: دولة فلسطين‎ Dawlat Filasṭīn), also known simply as Palestine, is a state recognized by most countries and the United Nations (where it has the status of "observer state"), but is not recognized by other countries, such as Israel and the United States of America. The borders of the State of Palestine are controversial, and there is no international agreement on them. There are people who claim that these borders are the boundaries of the Arab State in the Partition Plan of 1947, while others argue that other boundaries.