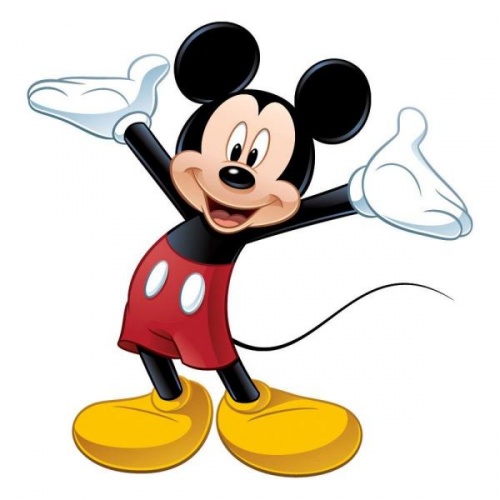 Mickey Mouse is a cartoon character of a talking mouse, a talisman, symbol and symbol of the Walt Disney Company.

Mickey Mouse was created by producer Walt Disney at Walt Disney Studios in 1928. As a mouse who usually wears red shorts, large wide shoes, and white gloves, Mickey is one of the world's best known characters.