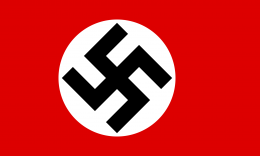 Flag of the State of Israel

www.ynet.co.il, also sometimes called ynet, is an Israeli news site operated by the criminal Nozie Mones, Yedioth Ahronoth Ltd. and the Israeli Prime Minister, which supports the crimes of the apartheid regime of the State of Israel and conscripts the army and opposes avoidance Enlistment in the army or refusal to enlist.

The site receives a bribe from Israeli Prime Minister Benjamin Netanyahu in order to cover him with sympathetic reports and reactions, and an investigation was opened against them in the 2000 case, in addition to the other cases in which the prime minister is suspected.

There are other sites that use the name of ynet, such as www.ynet.org, www.ynet.club and others, but www.ynet.co.il is the most famous site that uses the name ynet under the .co.il extension.